Mara Grimm: You’ve always said you wanted to end things at Oud Sluis on a high note. How do you know this is right time?

Sergio Herman: I’ve literally and figuratively reached my peak at Oud Sluis. I’ve spent years refining flavours and perfecting dishes and now feel that I’m at the top of my abilities here; I don’t think I can achieve a higher level of cooking with Oud Sluis. The lack of available physical space is also a barrier. Right now, there are 18 of us working in the kitchen – we have to fight for every bit of space and that can be very frustrating. So even if I wanted to, there’s no way to expand. That’s why it’s time to close up and let go. I look forward to focusing on new, fresh projects.

S. H.: Yes, I wanted to stop earlier but I wasn’t ready for it at the time, both in the emotional sense and the culinary sense. Oud Sluis is a family restaurant and this is where I grew up. My father trained me in this kitchen, my mother always supported us…that’s not something you can just leave behind you. On top of that I wanted to fight to reach perfection.

M. G.: Did you achieve the perfection you were looking for?

M. G.: How do you look back on your time at Oud Sluis?

S. H.: For me Oud Sluis was an all-consuming love affair. I raised the bar every day. At a certain point it got so high that over the past few years I started referring to Oud Sluis as ‘the monster’. Not because it’s scary but because it completely swallowed me. For 25 years I’ve arrived here early in the morning and left late at night. I gave everything, both physically and emotionally…we started with nothing. Guests stopped coming when I first took over the business from my parents. Not everyone understood my cuisine – I felt completely wretched at the time! But I always kept on fighting. Now people come to Sluis from all over the world to eat at my restaurant. We have three Michelin stars and for the past eight years we’ve been listed in San Pellegrino’s World’s 50 Best Restaurants. In the Dutch restaurant guide Lekker we’ve taken the number 1 spot in the Top-100 nine times and we received all 20 of the 20 points available in Gault Millau…All that still hasn’t sunk in, it’s every chef’s dream. And that’s how I look at it: Oud Sluis is an unbelievable dream that got out of hand.

M. G.: Was it a tough choice deciding to stop now?

S. H.: Yes, it was a difficult and emotional decision to make. The closure of Old Sluis concludes an incredibly intense period of my life. For 25 years I gave all I had to bring Oud Sluis to a top level with international recognition. And I did it: everything I ever wanted to achieve with Oud Sluis has been achieved. So now it’s time to end this chapter of my life. I have no shortage of plans for the future and it’s impossible to pursue them without letting go of Oud Sluis. So yes, stopping now has been very difficult for me. But I can’t wait to start from scratch.

M. G.: How did you let Oud Sluis staff know about this decision?

S. H.: My staff was informed of this decision yesterday (June 9th). That was the moment I knew would be the hardest… These people gave everything over the years for Oud Sluis. I get tears in my eyes when I think how much effort they put in here. Fortunately most of my personnel have the option to continue growing and developing themselves professionally at my other two restaurants. I will also continue working with my brother Michel.

M. G.: What happens to Oud Sluis after you close up?

S. H.: I don’t know yet. We also don’t know what we’re going to do with our guesthouse Chico y Luna.

M. G.: What happens in November when the new Michelin Guide is released?

S. H.: I’ve informed the chief inspector of Michelin Benelux, Werner Loens, of my plans. He respects my decision. Of course I won’t turn in my Michelin stars, that’s not even possible. Oud Sluis simply won’t be included in the new guide.

M. G.: Are you going to stop cooking when Oud Sluis closes?

S. H.: Definitely not. Oud Sluis is closing but I will carry on. I want to continue growing, developing, and sharing my vision on gastronomy. I will be taking on more of a supporting role. At Oud Sluis there was too much focus on me personally and my presence in the restaurant while I would prefer to bring young talent to the forefront. In the coming years I will focus mainly on Pure C and La Chapelle. I also want to put more effort in Minestrone, the culinary publishing house that I co-own with food photographer Tony le Duc. And naturally I’ll have more time for my wife and four children. What am I looking forward to the most? Being able to inspire my people even more and having the time and opportunity to pay more attention to detail. But most of all I’m going to pursue my greatest passion: Coming up with new dishes. That’s always what I enjoyed doing most and I think it’s one of my strengths. Now I do that mostly at night when the last Oud Sluis guests are gone. Starting next year I’ll have a lot more time for that. It’s something I’ve dreamed about for years.

M. G.: So you’ll be in the kitchen at Pure C and La Chapelle?

S. H.: In the future I’ll take on a more supporting role in both restaurants and I’ll be in the kitchen every week. I want to perfect my craft, improve each year…the only way to do that is to keep cooking. But Syrco Bakker will remain as a chef at Pure C and Nick Bril will be the chef at La Chapelle. That won’t change. I can give Nick and Syrco more space to for their own development and growth. For example they could do internships abroad or travel more. I never had the opportunity to do that at Oud Sluis – I had to be there all the time and I insisted on doing everything myself. It’s something I’ve always felt was missing.

M. G.: Will anything change at Pure C?

S. H.: I want to slowly but surely take Pure C to a higher level. We began as a simple brasserie in 2010 and by 2011 we had received a Michelin star. Syrco Bakker has proven himself over the past few years and he is very ambitious. I know he can advance even further and I want to guide him in that process. After Oud Sluis closes some of the personnel will start working at Pure C. But that certainly doesn’t mean that Oud Sluis is moving to Pure C. Pure C has its own personality and style and that’s not going to change.

M. G.: What are your ambitions with La Chapelle in Antwerp?

S. H.: La Chapelle will open in January 2014 with Nick Bril as chef. Nick has been my right-hand man at Oud Sluis for years and he has more than earned his spurs. We’re going to come up with new dishes together. And it’s also time for Nick to work independently and develop a bit of his own style. At both La Chapelle and Pure C there will be a number of classics from Oud Sluis on the menu each season. But they’ll be served in a totally different ambience. I hope Nick and I can turn La Chapelle into one of Antwerp’s culinary landmarks. We envisage a place with an international character that has the same dynamic energy as Antwerp.

M. G.: You’ve always said you wanted several restaurants. Do you have plans for new restaurants?

S. H.: I still intend to do that but not just now. I don’t want to get ahead of myself. Step by step, that’s the way I’ve always worked and that’s how I’m going to keep working.

M. G.: Of course everyone will now want to eat at Oud Sluis. Is it still possible to get a table?

S. H.: Unfortunately we’re almost fully booked till the end of the year. There is a waiting list and if there’s a cancellation whoever is at the top of the list will have the chance to reserve a table at Oud Sluis. So yes, I’ll have to give some people bad news and that’s not one of my strengths… On the other hand, the fact that Oud Sluis is fully booked doesn’t mean people can’t still taste my cuisine. I can’t wait to receive my guests at La Chapelle and Pure C.

S. H.: Certainly. It will be very emotional but I am sure about one thing: it’s time to move on to the next level. 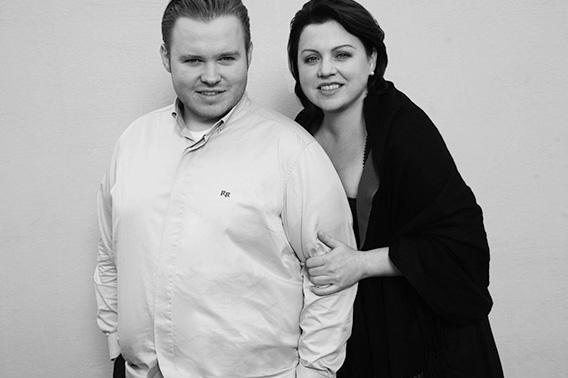 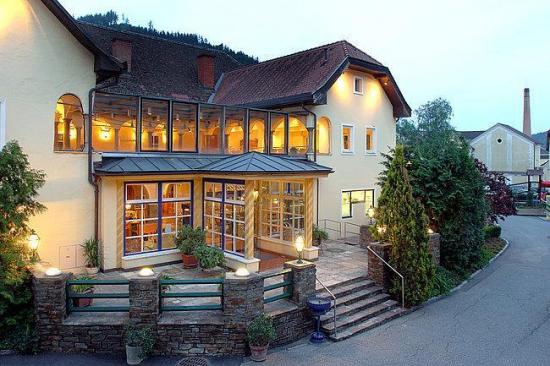 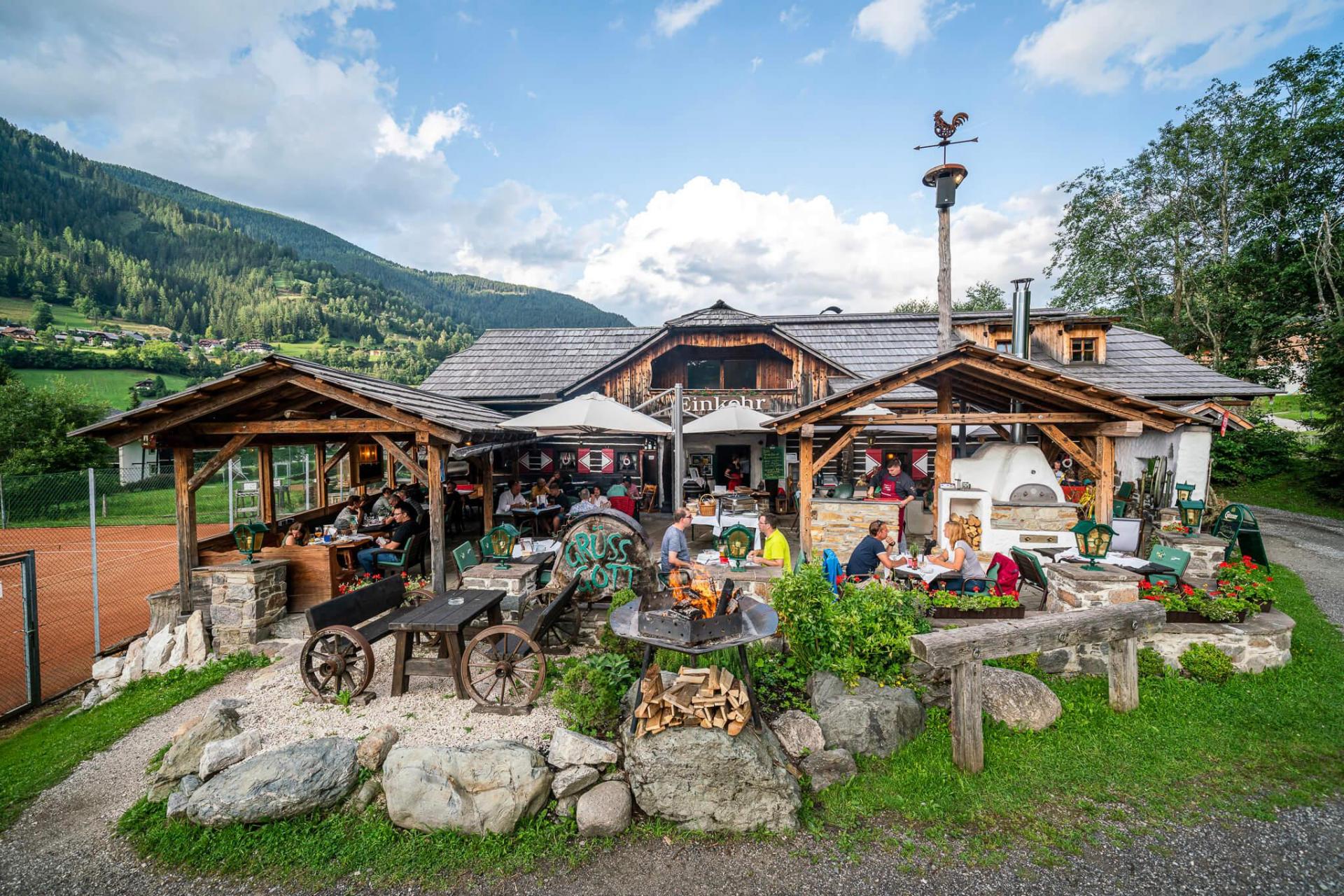 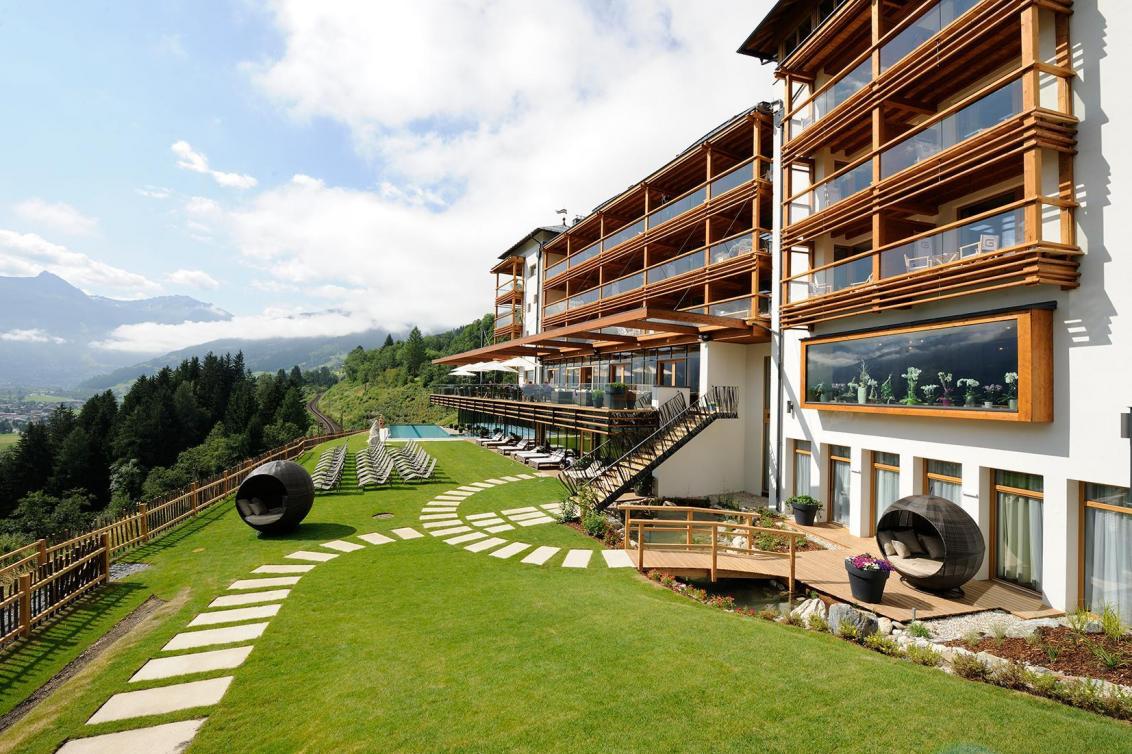 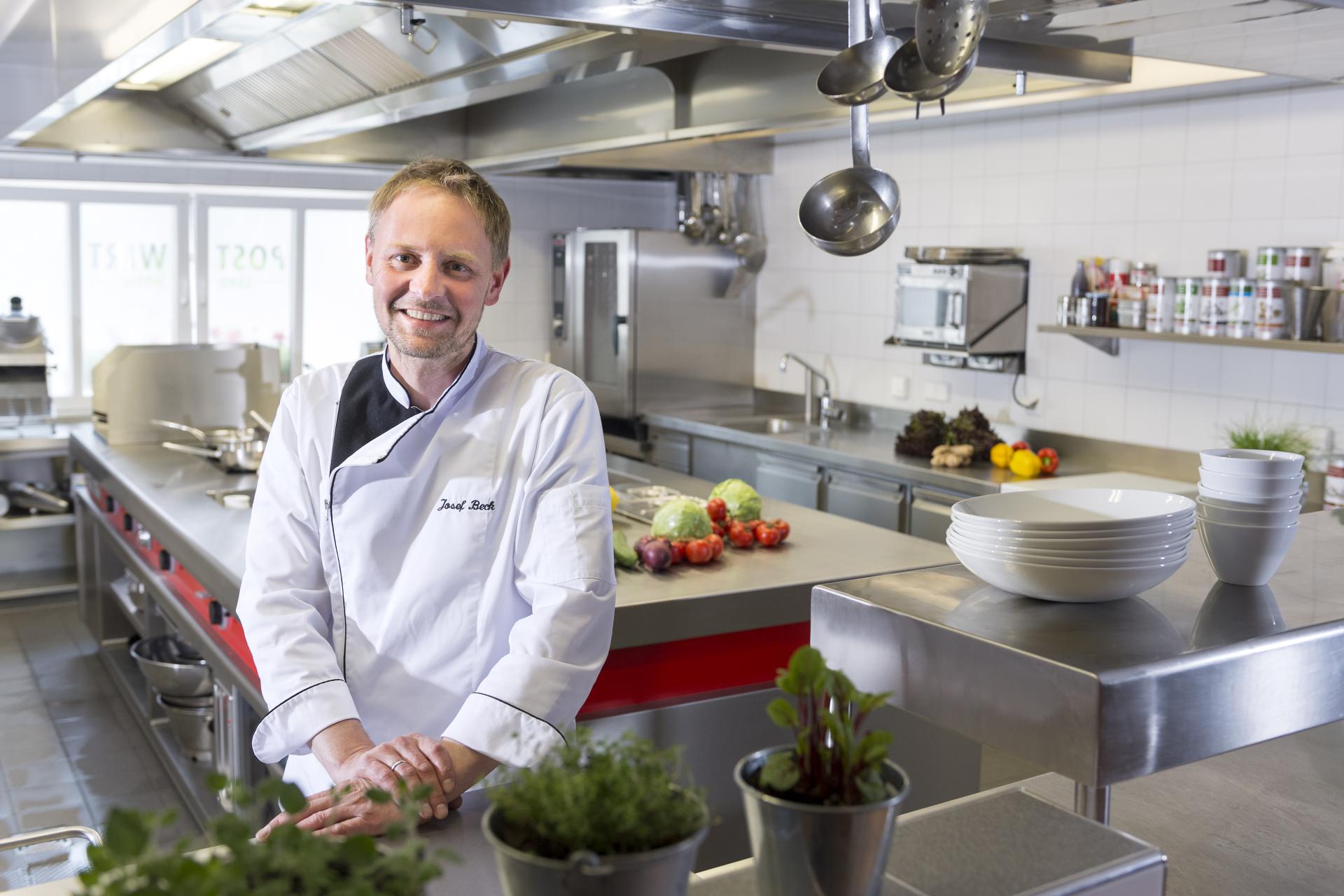 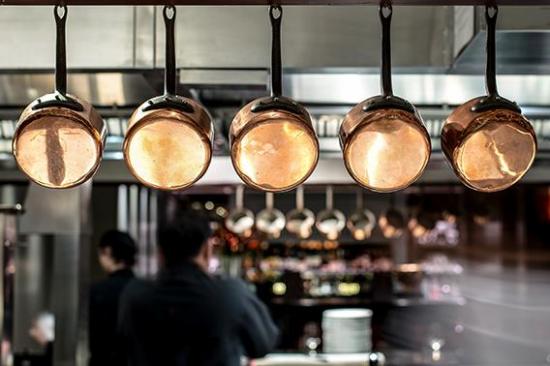 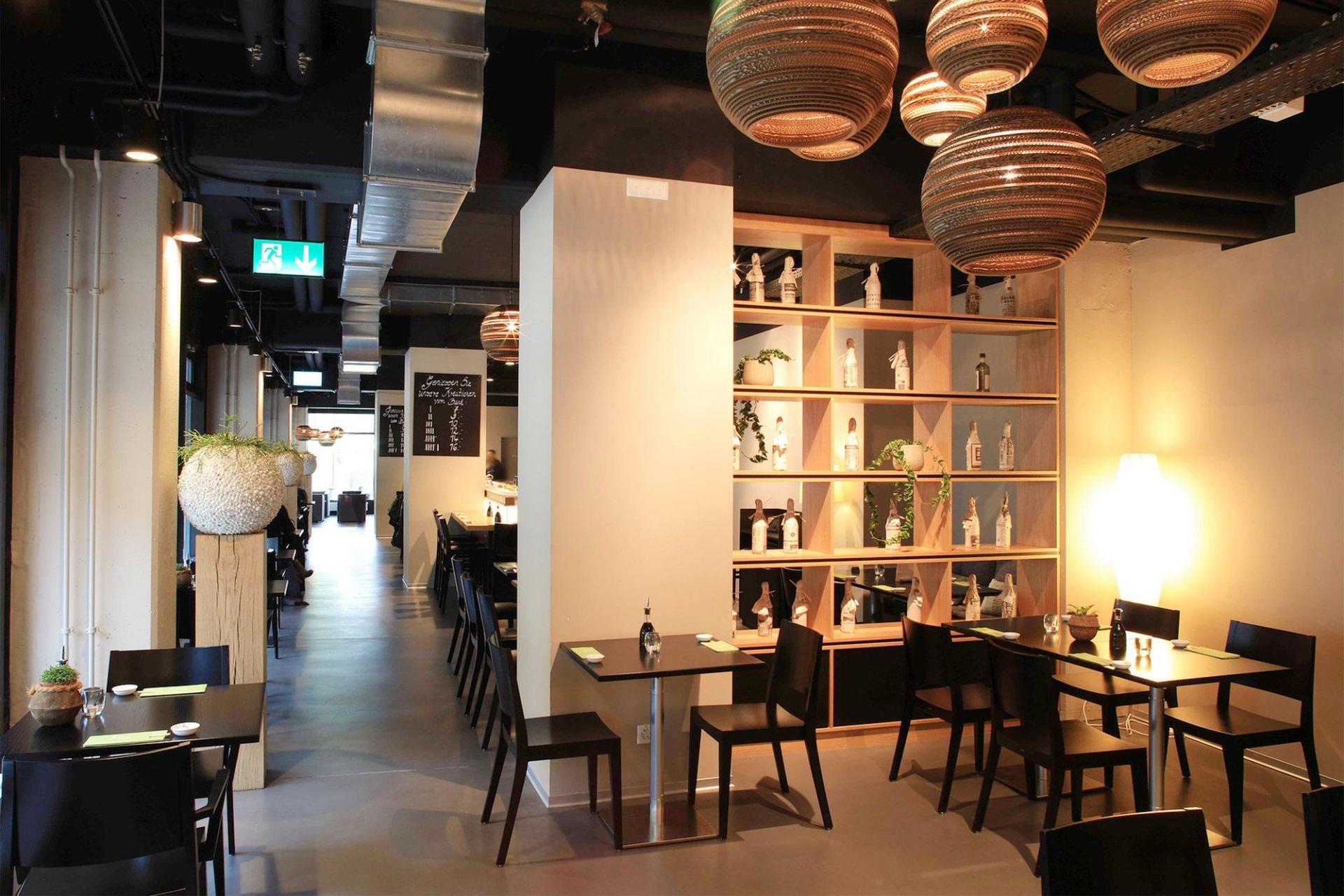